Today’s post focuses on how to feed a vegan teenager, particularly useful if your teen has decided to join the Veganuary movement this month.

In January 2018, our 13 year old vegetarian teen girl decided that she would become vegan.

It wasn’t a decision she’d taken lightly, she’d researched it and knew exactly that she wanted to live a more ethical, morally correct life. And that didn’t include eating, wearing or using animal products. At all.

Our family has always been meat eating so it was a shock at first, but after some discussion we realised she was serious about taking it on, so we did the only thing we felt we could and supported her through the transition.

Based on our experiences I’ve put together some ideas on the best way to help and support your vegan teenager eat a varied, healthy diet and make veganism a success for both them and you.

How to Feed a Vegan Teenager:

It can be easy to go into a mild, or major, panic when your teenager declares they want to adopt veganism as a way of life.

Try to not to though. Be calm and talk it through with them. Find out what’s driving them to make the change and how serious they are about it. Ascertain if they realise what foods they’ll be giving up and if they’ve given any thoughts to the types of foods and meals they’d like to eat.

It’s true that teens, and kids in general, can be fussy, picky eaters so for a parent it can be a big worry when they decide to change their diet in such a way. Don’t see it as limiting foods though; be prepared to embrace new meals, new foods and new ways of preparing delicious, wholesome recipes.

Don’t rely on your newly converted vegan teenager to tell you what they can, can’t, should or will eat. Do your own research.

I’d highly recommend reading the Veganuary website and educating yourself on what veganism is all about and what it means for your family and your teenager.

Next up the Peta website is helpful too, as is a google search for ‘accidentally vegan’. Both will give you information on what makes a good vegan diet as well as processed foods that are vegan friendly.

I read all of this and more to help me understand what it meant, how to ensure she was going to be healthy with her new diet and the kinds of foods she could eat. After all, I’m the one doing the shopping.

Make a Deal With Your Vegan Teenager:

If they’re old enough to make this kind of fundamental decision about their life then they have to take some responsibility for it.

It became apparent pretty quickly that it was going to mean a LOT of work for us as parents in terms of shopping for the right foods and making her dedicated meals.

So, we struck a deal early on. She was do make a meal plan for the week, tell me what foods she needed ordering from the supermarket and cook 50% of her evening meals each week.

Which leads me onto my next point…..

Teach Your Vegan Teenager How to Cook:

I can’t stress enough how important this is. Having just one vegan in the family can mean you don’t all eat the same meal. If you have other children with other food requirements, people eating at different times of the day or with different dietary needs, you will be making a lot of different meals.

It also means you’ll be cooking a lot, using extra energy and creating more mess and washing up. Definitely something to take into consideration in a busy, family home.

So, teach your vegan teenager to make their own meals, at least some of the time.

Our daughter enjoyed baking a lot before this change and was a good, confident cook but she’d not made that many savoury dishes, so it was a big learning curve for her.

And tricky for us adults too as she navigated the world of multi-tasking and clearing up after herself.

Now though, a year on, she makes 85% of her own food. She batch cooks her favourite dishes and freezes them in appropriate portion sizes ready for when she needs them.

She has various vegan cookbooks and we have the Deliciously Ella app.

She now loves sweet potatoes with nutritional yeast as a ‘cheesy’ type topping, lentils, chickpea curries, bean chillies, pasta and spinach arrabiatta and so much more.

How to Eat Out as a Family:

So you need to realise that you’re never going to be visiting the majority of restaurants you love again, well not as a family at least.

If you’re lucky you’ll have restaurants and cafes that offer vegan alternatives in your town, but will your vegan teenager like them?

When there are only 1 or 2 options on the menu it can be a bit of a lottery as to whether the teen goes for them. Many a time ours has just eaten toast and peanut butter. Or chips.

However, more and more mainstream restaurants have great vegan menus that kids like. We love Zizzis (they even do vegan garlic bread and a good chocolate dessert), Pizza Express and Wagamamas and there are more appearing all the time.

Prepare Your Vegan Teenager for School Trips and Events:

So your vegan teenager may not realise that, at parties, they’ll be the only one eating jam sandwiches and crisps (well some flavours at least) whilst everyone else tucks into great party food and cake. It can be a shock.

Then there’s the school trip or days out.

Last year on a week long Music trip to Spain our vegan teen lost half a stone and lived on bread, cucumber and pepper and the odd bag of chips. Oh plus the mountain of bourbon biscuits and Trek bars in her suitcase.

Whilst the school did their best they were restricted by what could be offered by the various hotels and cafes. The teen needs to very committed to their cause during times like this.

Being Vegan on Family Holidays:

And finally this brings me to our experiences of family holidays. In the UK it’s not too bad and we’ve become accustomed to planning any meals out in advance. However going abroad is another kettle of fish!

Our family holiday last year was to Mallorca – self catering. Ultimately, there weren’t many places we could eat, particularly at lunchtimes, so we spent at lot of our mealtimes at our villa, with me cooking.

And it was very tricky to get the variety of foods for her that she would normally eat at home.

Bread, nuts and peanut butter, plus chips, pizza without cheese and more was the order of the day.

It wasn’t quite the holiday I had in mind.

However, I must tell you about the app Happy Cow (£3.99) which tells you about any local vegan and vegetarian restaurants near you which is incredibly useful and pretty up to date, so I’d highly recommend getting that to help you.

So to summarise, it is totally possible to support and enable a vegan teenager in a non-vegan household, but it does take some flexibility and preparation on everyone’s part.

It takes research and knowledge too and a willingness from the teen to engage in food and their nutrition.

A year on though and we are incredibly proud of her commitment and determination to be true to her convictions and beliefs. It really is inspiring to see.

I’d love to know if you also have a vegan teenager and how you’ve coped and adapted. Or would you do anything different if your teen decided to adopt a vegan way of life? Let me know below.

This site uses Akismet to reduce spam. Learn how your comment data is processed. 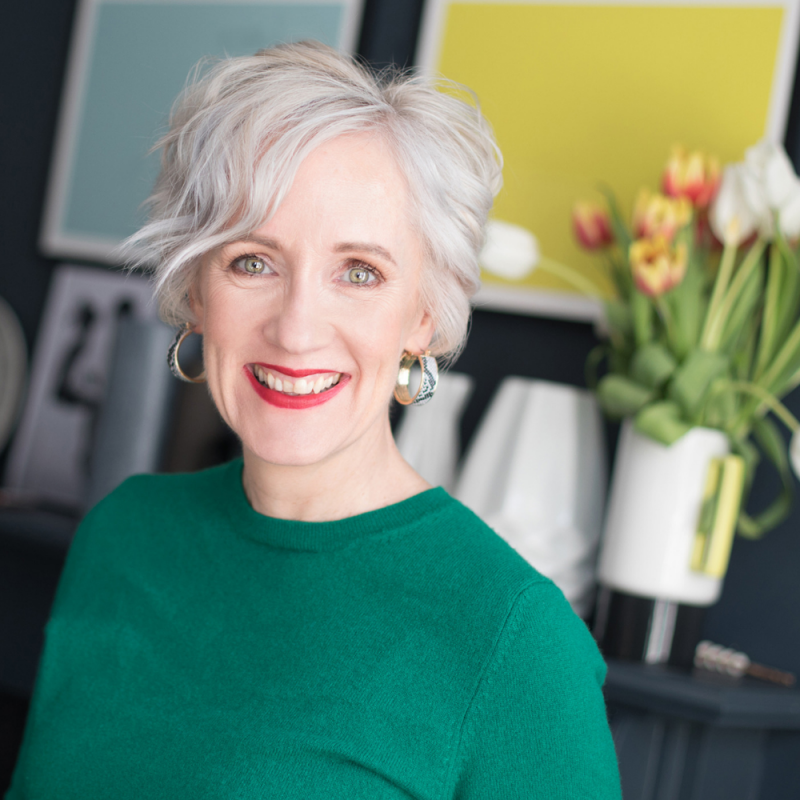 Hey, I'm Jen Stanbrook, a 40+ freelance blogger with an insatiable love of fashion, beauty and self-care.